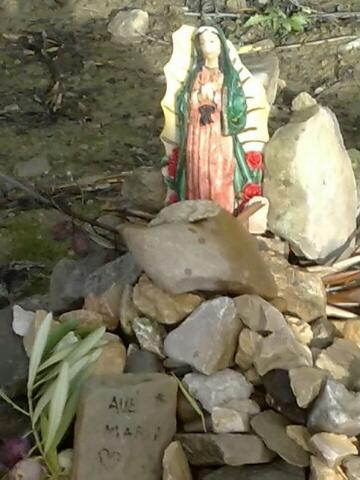 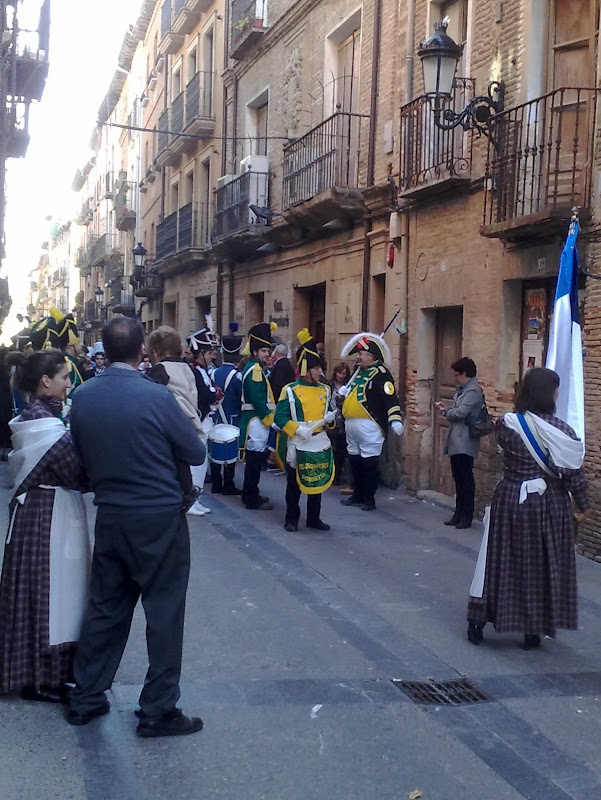 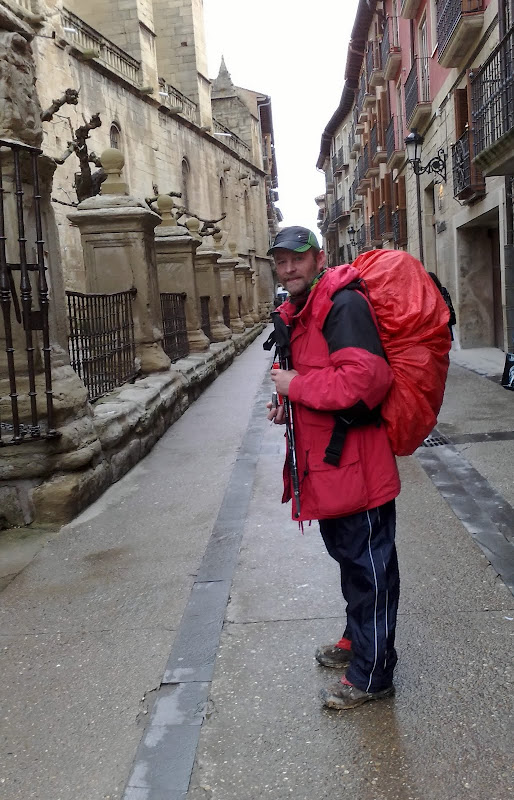 
Since the next section of Camino crossed a deep ravine described on maps as mataburros or the mule-killer and not wanting to add to my physical woes, I decided to follow the road and avoid the trail. One Frenchman who was doing the same described such a trail as only for “les tres sportifs”. I stopped at Viana, a small town of handsome mansions decorated with family crests. The municipal albergue was very crowded with bunks in triple tiers! Luckily I found one on the bottom level. Two nice retired French women from the Sologne and I decided to continue together for the next few days.


I was sick in the night with tourists’ tummy. In continuous rain it was a cold, miserable up and down struggle of 12 k to Viana, the next town. One ravine, the Mataburros or mule killer, was well named. Crossing it almost did me in. Exhausted I collapsed in a small hotel. Unfortunately my room was up one flight of stairs. What an effort! At least it was warm and dry. After a full day of rest and several doses of Ibuprofin for the pain I decided to try and go on.


Walking to Viana was cold but beautiful across vineyards and almond groves. My woolly hat and gloves were truly needed. Nevertheless the American woman from Florida with whom I walked wore sandals! Br-r.

The Viana albergue is booming. Bunks in tiers of 3 are all filled! The actual effect is similar to movie scenes of a tightly packed troop ship! Hope to sleep soundly, however; nothing like exhaustion to induce solid sleep.


Although I do get weary I love to walk! Hearing the continual crunch of my footsteps is very reassuring. I know that I can do it as long as I have enough energy. Today's 18 k from Los Arcos to Viana via Torres del Rio over hilltops and across harvested vineyards was a 'test' which I passed; tonight I am justly tired but not pooped.

As always it is a GREAT pleasure to arrive at a welcoming albergue, take a HOT shower, chat with other pilgrims (only 5 here in Viana so far) and collapse in clean comfort on a bottom bunk ever thankful for the continued strength to experience this extraordinary joy of another Camino day. BLISS!

Although I usually walk alone I hardly ever feel lonely. Much of each day is spent in a chaotic mental mix of personal thanksgiving, worry over the weather or my gut, projected renovation/restoration of a multitude of wayside structures and, the far more social act of simply waving to those that pass by. These include other pilgrims, of course, but also dog walkers, police, bikers, farmers and especially lorry drivers. Such waves exchanged are silent gestures of our shared humanity.