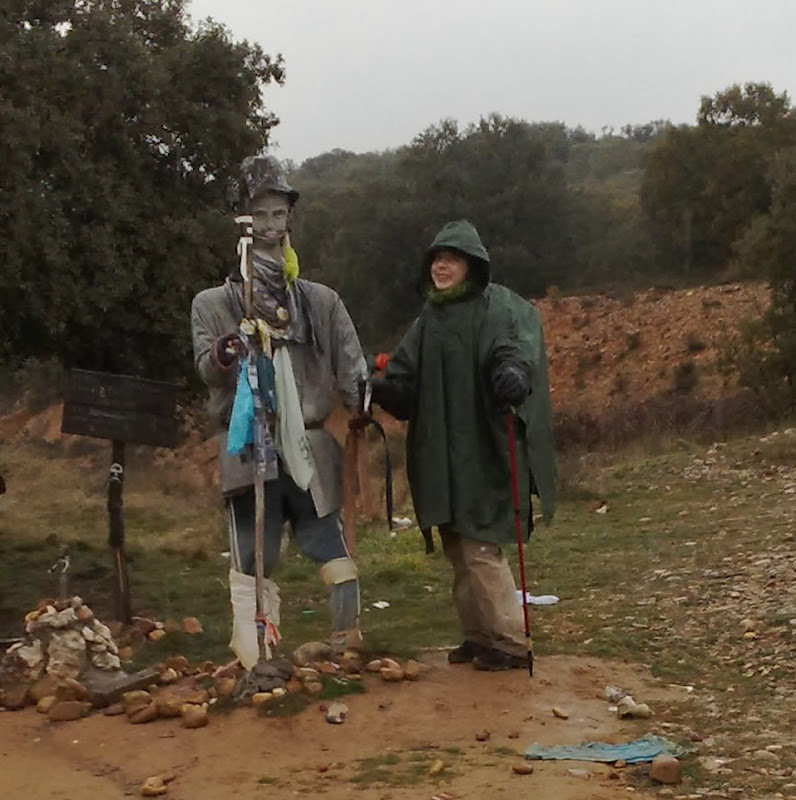 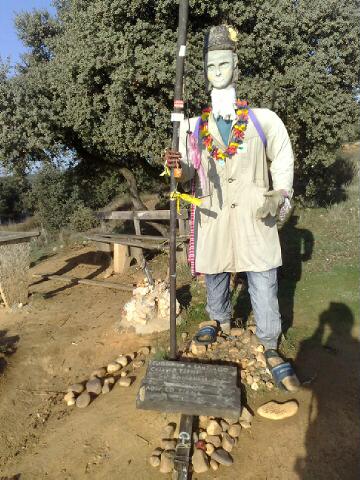 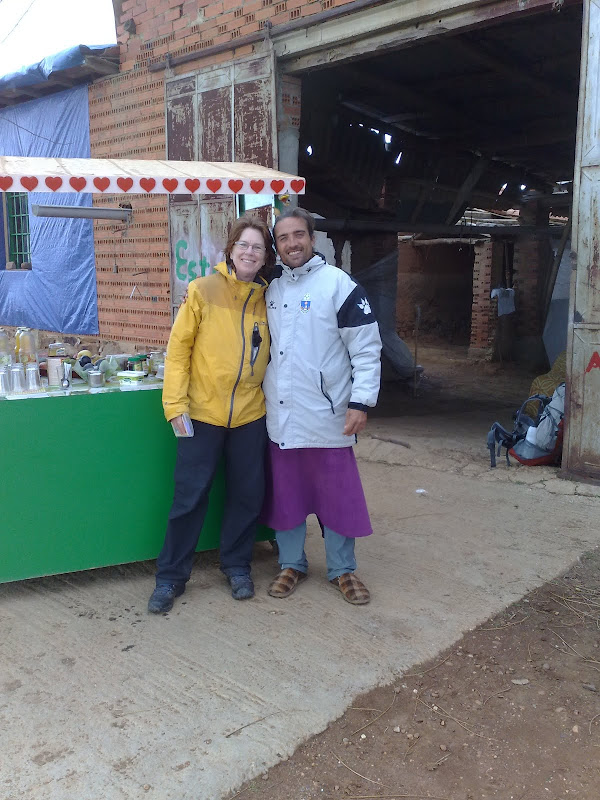 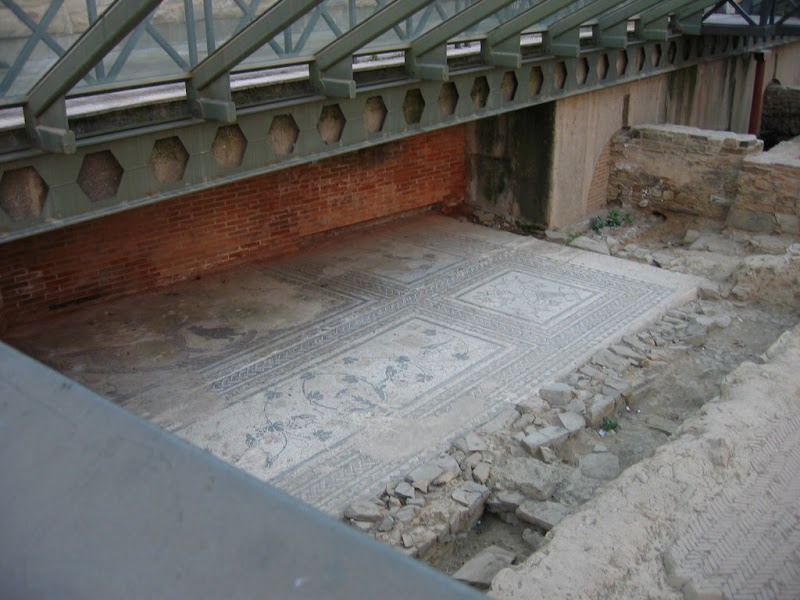 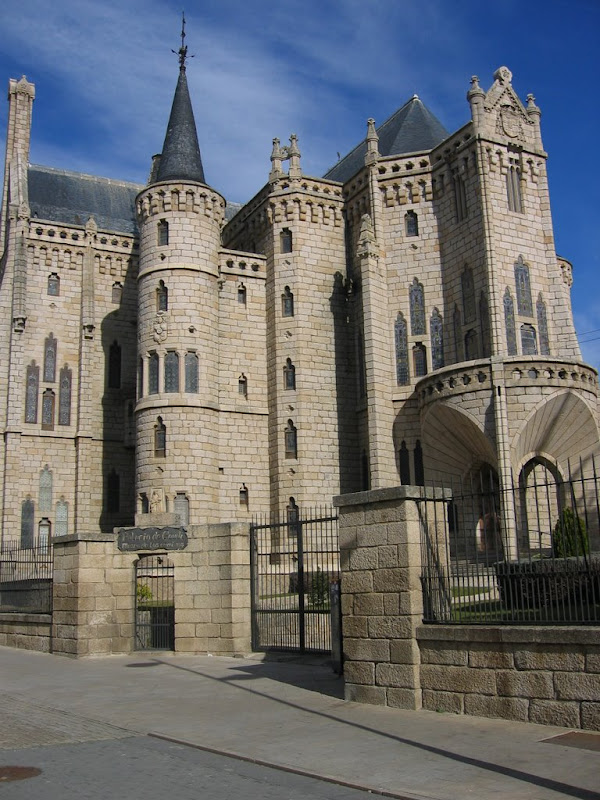 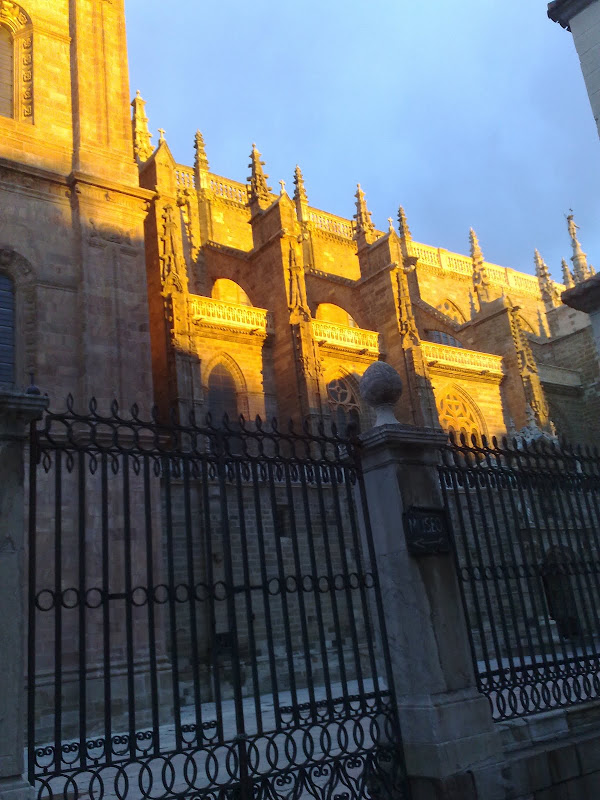 
Did 26 k in brilliant sunshine to Astorga. Passed through Hospital de Orbigo where after my fall during Camino 1 I was helped by such kind, local "angels". Today I met a nice young German couple who had each searched on the Internet for a walking companion. He talked about going to Jerusalem some day. She was so surprised to learn that I am 67, that she took my photo! Perhaps the caption should read "Never stop trying"! Tonight I am staying the wonderful municipal albergue on the east of the city. It opened today and I am their first woman pilgrim! The exuberant hospitalero actually met me on the street and invited me in! Its a great renovation of an ex-convent. What comfort!


Astorga is a wonderful small city high on a hill with a Roman heritage, great cathedral and archbishop's palace by Gaudi. It was a 26 km slog to get there crossing higher and higher hills. We were walking with some Swiss guys with very bad blisters.

Somehow Polo and I lost each other in dense woods. Since we usually walk Indian fashion and not together, thank goodness, I assumed that he was way ahead of me. He got lost and ended up hitching to the Astorga albergue. I arrived exhausted on foot. The charming hospitalero remembered me from last year when I was the second pilgrim and the first woman to ever stay in the remodeled convent which is the municipal albergue. It was warm with great showers and I had a room to myself which was a GREAT treat.


In the rain and wearing our ponchos Mayte and I set off early this morning for Astorga. Although the path was very muddy and quite slippery, the dense colors of the landscape were lovely. All was terra cotta, umber, and deepest green.

One wandering puppy walked with us for the longest time as if he were our guide. Once the towers of the cathedral could be seen in the fog on the distant horizon, the puppy turned and left. His job was done; we could see our goal.

Now we are staying in the very comfortable albergue, Siervas de Maria, on the eastern edge of the city. There are about 10 other pilgrims, all guys. Once a convent this is a recently renovated multi-level space. It has many dorms and good facilities. Most important for the moment is HEAT! I am tired of wearing my wooly hat to bed trying to keep warm!

Late tonight the city will celebrate the end of Carnival with nearby fireworks. Hopefully I will be warm, asleep and oblivious to any noise.


Last night about 30 pilgrims were in the well renovated albergue run by the Amigos on the eastern side of Astorga. As we were leaving the city at dawn this morning a glorious golden light lit the majestic cathedral.


As the rain continued we also continued our alternative path slightly north to Astorga. En route we stopped at the wonderful goody shelf set up with great care for passing pilgrims by David just east of the Cross of Santo Toribio. David was absent but the thermos of coffee was hot and his cookies most delicious! We left a donation and a brief note of thanks. Despite the cold rain this was a most welcome stop and a perfect example of yet another of the varied alternatives available along the camino.... To each his own.