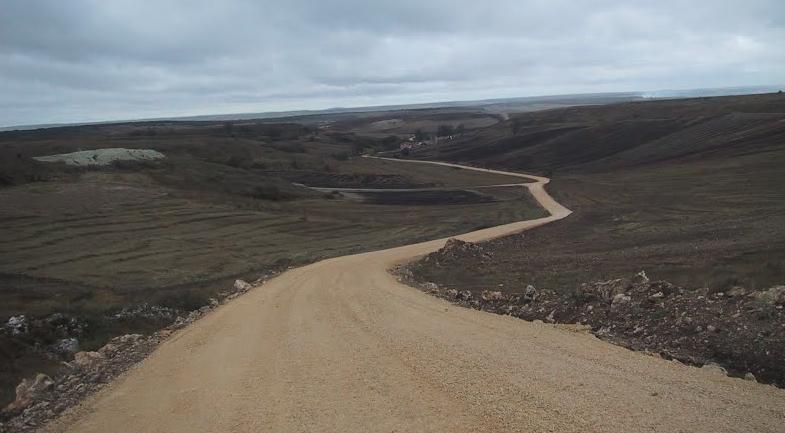 
In chill rain I slowly walked west out of the forest across the Sierra de Atapuerca. About ten years ago prehistoric human remains were found there; Atapuerca Man may be the oldest example of homo sapiens in Europe. Close to the excavation site I stopped at a surprisingly chic restaurant for a hearty breakfast.

Once back en route as far as the distant horizon the rolling greenery was broken only by the giant curve of the trail. It was a perfect image; not an imagined vision, but a memorable vista, ‘my’ Camino.

After passing a picturesque Roman spring eventually I arrived at Cardenuela. This hamlet boasted a warm, welcoming bar which served a delicious pilgrims’ menu. The barkeeper gave me the key to the new municipal albergue. Very clean, it had 10 bunks and hot water. Bliss! No one else arrived until late in the evening. It was the jubilant mayor who walked in, formally shook my hand, wished “Buen Camino!” and left. Mo and I were alone for the night. I had been walking for three weeks.