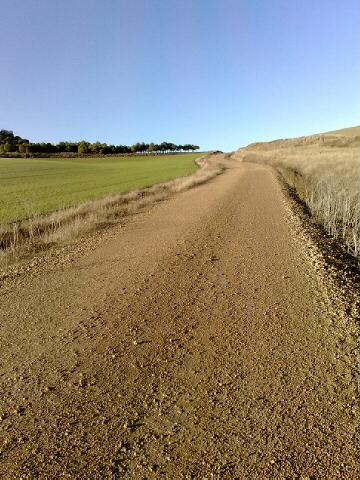 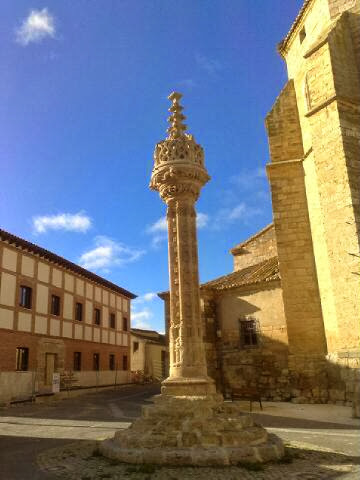 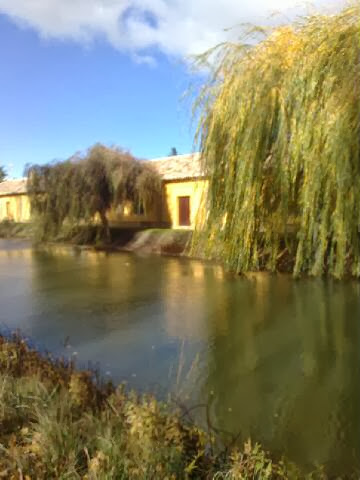 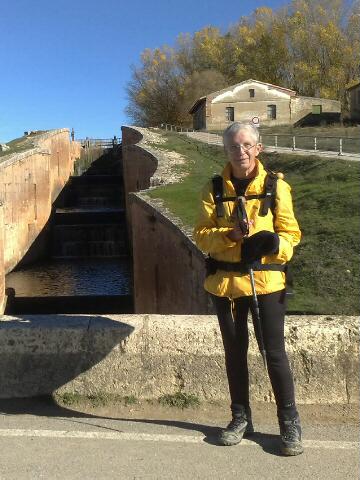 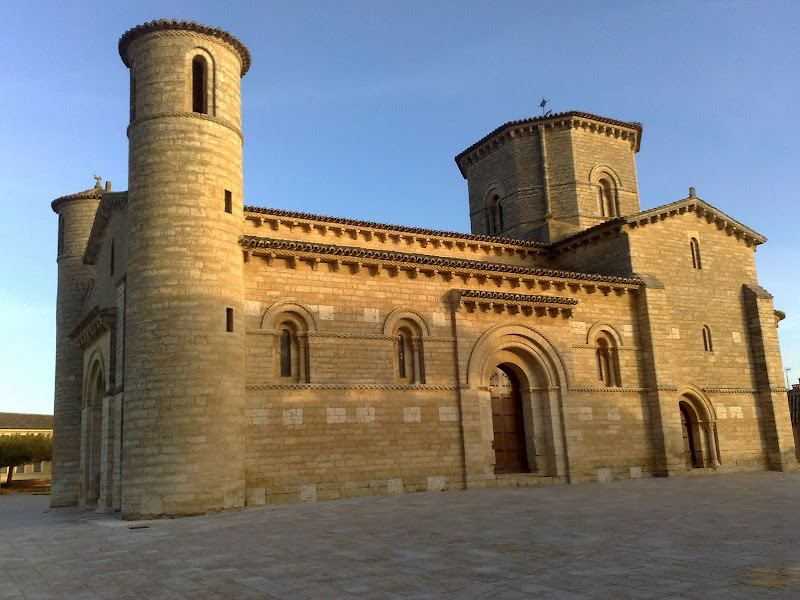 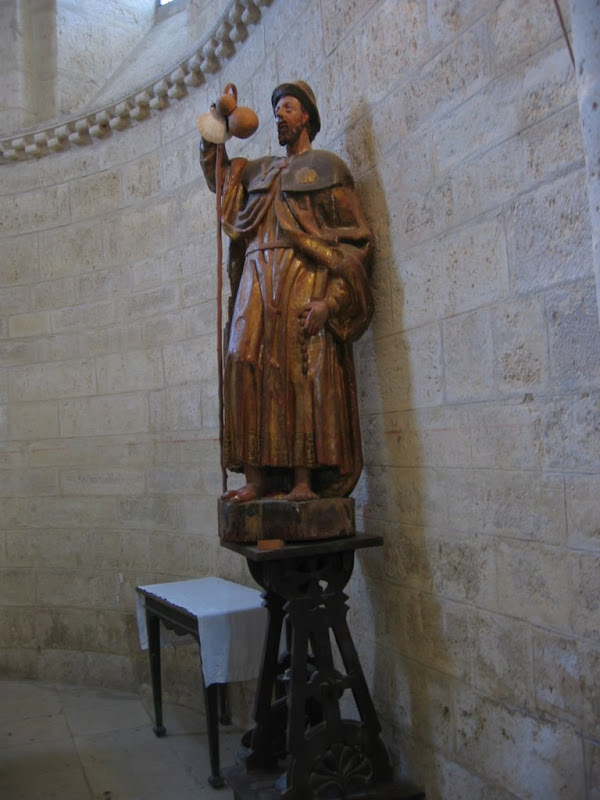 
The van was gone in the morning; I never saw it again. Philosophizing about the magic of ephemeral encounters the English pilgrim and I trudged out across the empty plain. The trail had become a wide gravel path.

At Boadilla del Camino was a splendid Gothic baptismal font and behind the church a Rollo or tall stone cross decorated with shells. During the Middle Ages trials and executions would have taken place at such a marker.

The 18th century locks along the cut of the Canal de Castilla were impressive; nearby was Frómista, with a most perfect, small church, San Martin. On the exterior several hundred carved figures decorate the eave corbels below the roof. Tourists and pilgrims filled the unconsecrated interior. Directly opposite was the crowded albergue. After cheese and wine the Englishman said good-bye and caught a bus since his ‘empty link’ was now filled.


In a light rain but blustery wind we walked 14 k to Frómista. On the edge of town the Camino crossed the 18th century canal of Castille. On the main square is the wonderful 11th century church of San Martin. No longer consecrated it is now a museum. Hundreds of different small figures are carved along the roof-line on the exterior eaves. S imagined returning here someday to marry his girlfriend. Nearby the municipal albergue was cold and surprisingly crowded. Additional pilgrims arrived during the night.


It rained during the night and the path was wet this morning. All will be flat for the next days. Now the province is Palencia. The 15 k walk to Frómista was easy and picturesque partly following the Canal de Castilla. Re-visited the wonderful Romanesque church. Staying in a clean, cheap, well-blanketed pension with good food. Bliss!


Thus today Gerry and I slowly walked to Frómista. Now I am in a cozy room in a nice pension, Casa Marisa, where I stayed on earlier Caminos. The food is good too. Hopefully by tomorrow all will be okay.


Now I am in Frómista. Today the sun was brilliant, the sky cobalt and the terrain became flat. Much of the route followed the waterworks of the 18th century cut of the Canal de Castille. All was almost tidy and domestic in scale; what a change both in the physical world and hence one's mental state from yesterday! One can MAKE a difference and, thus, meaning. Two vastly different philosophic views within only a few hours or kilometers; much to ponder while walking.