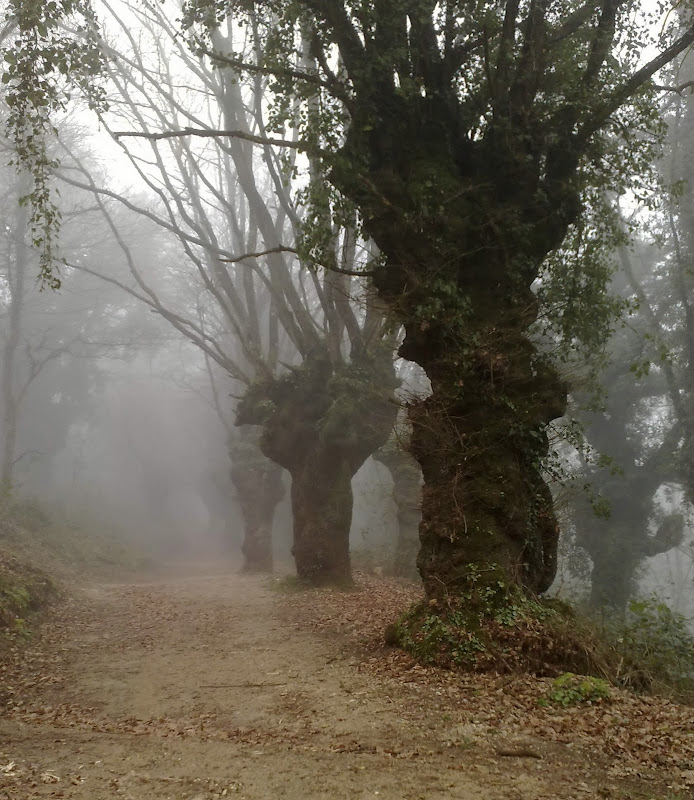 
Next morning I walked along the river Ourbigo down through green woods to Sarria, a pleasant hillside provincial town where I bought a tiny pin and a ceramic tile; both were decorated with the Camino shell. The route became more and more picturesque; low, stonewalls crisscrossed the agricultural fields. I continued on to the hamlet of Barbadelo.

The simple church dedicated to Santiago had one square tower; human and animal motifs adorned the doorway capitals. Over the door was carved a crude human figure. During the Middle Ages this had been part of a monastery, but no other structures remained. The weather had turned chill and rainy with billowing fog.

Since I had covered 21 k I stopped at a farmhouse casa rural; it provided meals with bed and breakfast. Their Galician soup, chicken broth with potato, cabbage and sausage, was hearty and delicious; a tasty cake made with ground almonds, tortas de Santiago, served for desert. Unfortunately there was no heat in the rooms; it was necessary to put my sleeping bag inside the bed covers to get warm!