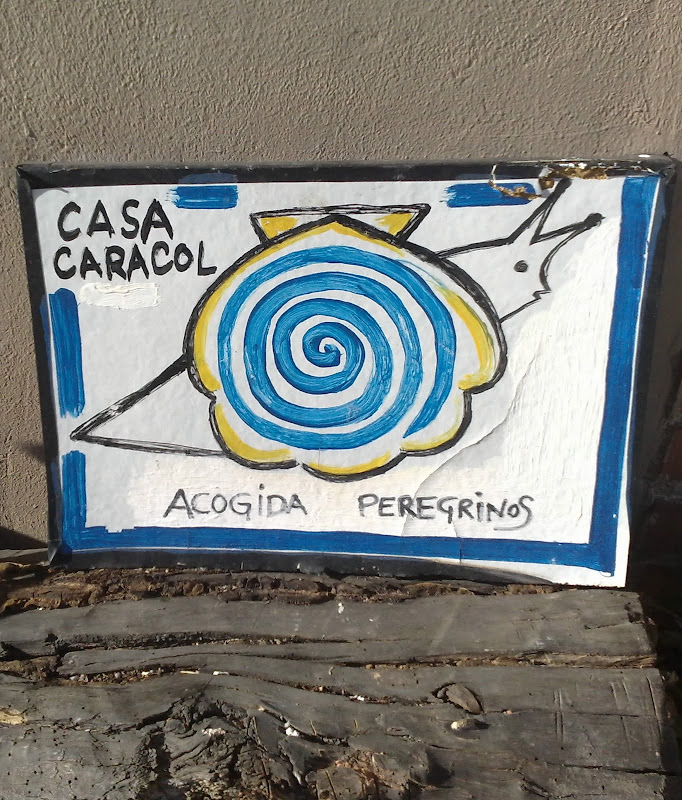 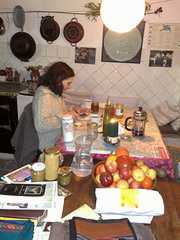 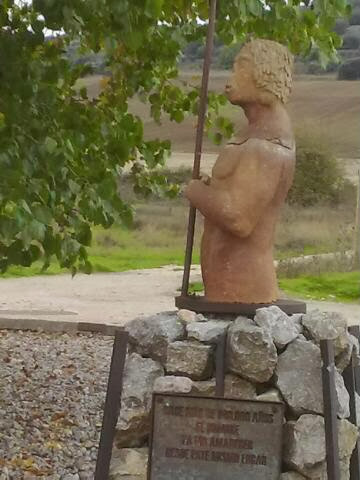 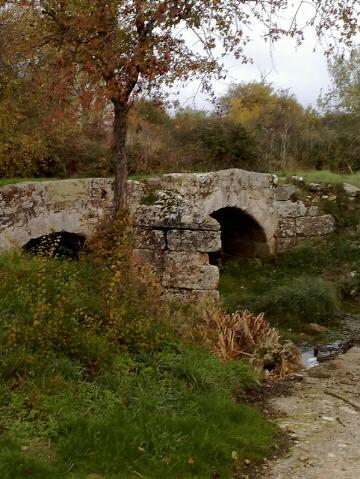 
After a breakfast of strong tea and good dark German bread Wilfred and I climbed up over the mountain, about 16 k. At times the path was steep and the forest dense, but we made it. Crossing this area was highly feared in the past due to wolves and a sinister reputation. The lovely San Juan de Ortega monastery which dates from the 12th century was closed. How lucky I had been to visit and stay there in 2004 during my first Camino! The famous garlic soup served following evening mass was also memorable. (see Camino 1, October 18, 2004) Tired and cold Wilfrid and I continued to Agés and the recent albergue San Rafael. The hot food, hot showers and heated floors were great!


Polo and I set out in a light snow which became heavier as the hills were climbed. This is the same area where in 2006 I met the Guardia Civile in the heavy snow. Yesterday the snow was enchanting, right out of the back wall of the Narnia wardrobe. I kept looking for my faun.

After passing the newly restored but now locked monestery of San Juan Ortega we eventually came to Agés. There we stayed in an enchanting place called the house of the snail. Made of colombage, or in English, half timbering, it was run by a Spanish woman named Peace. She made us a soup supper as well as breakfast this morning. The actual owner is a Norwegian woman who is presently an NGO in Sudan and will be in Zimbabwe within the next 2 months for a year.


Today the weather was perfect with a clear blue sky, frosted vegetation and generally frozen mud. Walking 16k through pine forest crossing the Montes Oca to Agés was relatively easy. I never saw anyone until San Juan Ortega.

Revisiting that beautiful monastery church was sad. The priest who had been so active there revitalizing the Camino died one year ago. How lucky I had been to sample his famous garlic soup served to pilgrims after evening mass during my first Camino. ...May he be in peace.

At Agés many of the albergues are closed. So I am staying at a charming private place, the House of the Snail, where I also stayed last year. The gracious hospitalero is named Paz. The only problem is the lack of any heat other than the wood burning kitchen stove. This dorm is truly FREEZING; another night of wearing my knitted hat to bed!


Thursday I covered 15km in 5 hours to arrive at Agés after crossing an atmospheric Narnia-like wood but without any faun in sight. The weather continued glorious and the path was all mine. What a simple pleasure it is to walk on an empty path hearing only the distinctive crunch of your own boots. At such times the world is yours; perfection!

En route was the monastery of San Juan Ortega where I once stayed during my first Camino. Remembering how frigid it had been I opted to stay at the nearby Ages municipal albergue which happily was heated. Only three other pilgrims were there in a space for thirty-six, so we each had our own 'wing' of abundant space.