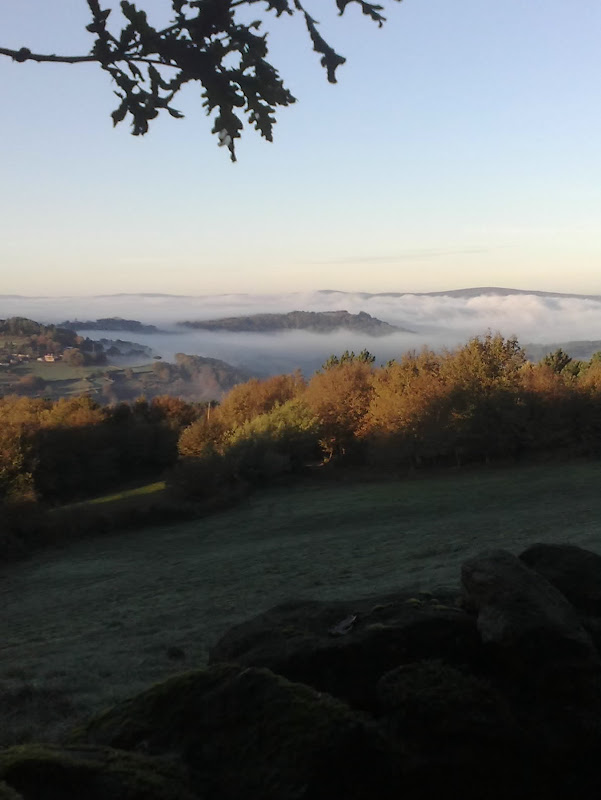 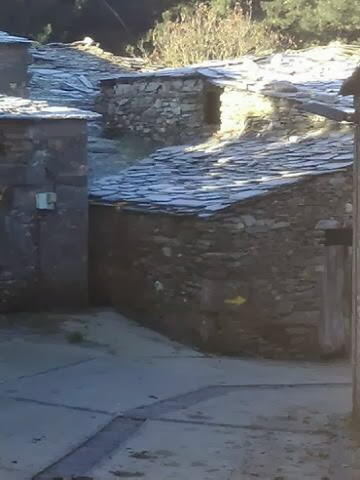 
The Camino continued gently through fields, oak woods and tiny hamlets. One place was called Xisto, the Galician word for slate. At Ferreiros in the Middle Ages blacksmiths and ironmongers serviced the pilgrims’ horses. Nearby was Loyo where in the 12th century the Chevaliers of Santiago, the great Spanish order of chivalry, had been established. When passing this signpost I remembered fondly ‘my’ kind Chevalier at Hospital de Orbigo.

I spent the night in the new town of Portomarin. It replaced an important medieval site, which had been flooded in the 1960s during the construction of the nearby reservoir on the river Mino. Although one small church had been moved stone by stone from the lower old site and rebuilt up on the new, the general atmosphere of the new town center was stiff and unappealing. Searching for an inexpensive room after eating I inquired at the bar. A room was possible, the price perfect, the barman’s wife would show it to me. Not upstairs, but a block away, it was in a very new totally empty hotel! During this day an important imaginary line had been crossed, only 100 k remained before Santiago! Within 5 days I should arrive!


At breakfast the only open café was filled with pilgrims. I met a few from Britain who worked for the youth hostel association and an Italian lawyer from Turin. The lawyer and I hiked together 22 k to Portomarin. A light drizzle became continuous rain and the trail turned muddy, but the blooming camellia trees were beautiful. Everyone stopped at the private albergue; on two levels it had dorm space beneath a restaurant where we ate together. Getting all our outer clothes dry wasn’t easy.


The weather today was crazy;sleet and rain mixed with periods of sun. Did about 22k to Portomarin. Crossing the high bridge over the reservoir to get here was nerve-wracking so I walked in the middle of the bridge! Staying in the renovated municipal albergue. Many other pilgrims but all men. Met a guy from Costa Rica wearing sandals in sleet and snow! Now his feet are a mess. I am tired, but relaxed and content.


Peter, Polo and I are in a very crowded renovated albegue at Portomarin. It is crowded because the rain was torrential and everyone came in out of the storm. We are about 30 including a German pilgrim walking for the 12th time at 74. There is more hope for me yet. In fact I think that he was rather peeved that I was a woman and catching up with him in age!

Met some nice Japanese guys who just finished their medical degrees and were doing the camino complete with Japanese guidebooks before they start their residency in a Tokyo hospital. They almost passed out when they heard my age.