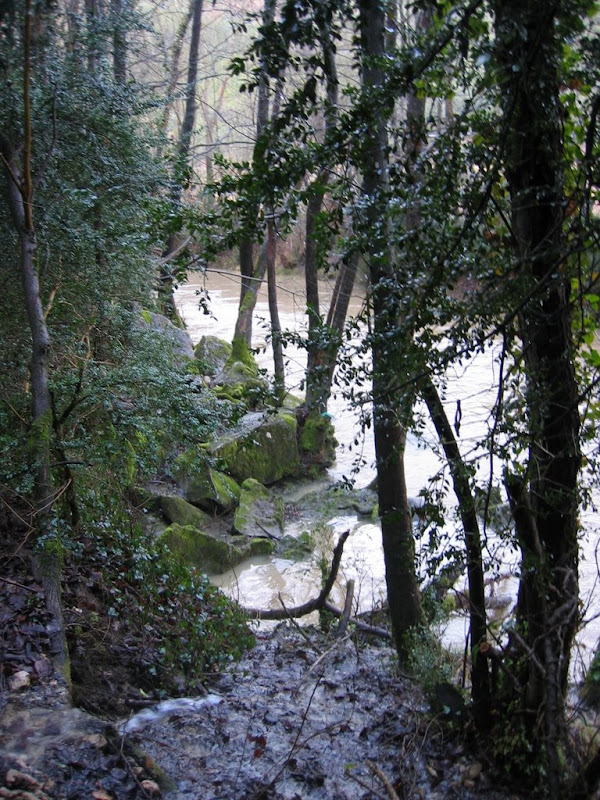 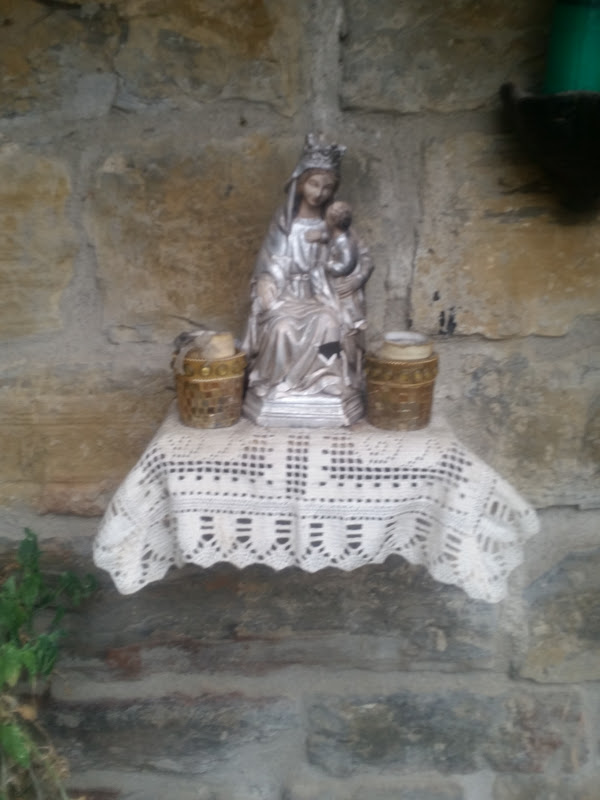 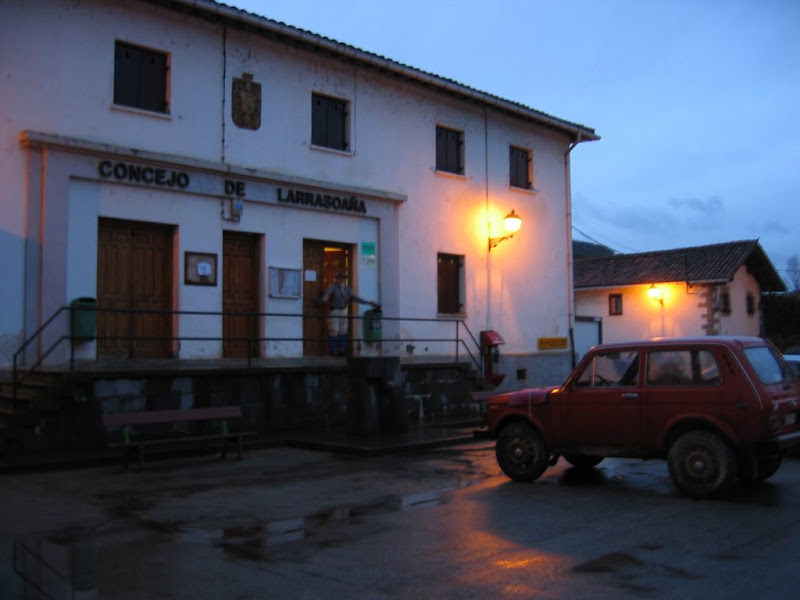 
Without breakfast through fog lit by early morning stars I started west from the monastery. The descending trail crisscrossed gated farmland. Walking past Zubiri where I had stayed in 2004 after a tiring day of 26 k I arrived at the crowded municipal albergue in Larrasoana. Arriving at the single shower stall I collided with an exhausted Australian chap. Laughing he bowed and graciously said “Since I’ve waited 3 days to get clean another 15 minutes hardly matters. Please go first”. I did. The hot water was great! For dinner he and I joined some other pilgrims at a local café. Later as I climbed into my sleeping bag my legs began to ache. Was I trying to walk too far too quickly?


An exhausting day! Covered 26 k down from the mountains and crossed the river to Larrasoana. I ache all over! Walked with a young German guy named Gunter and woman named Nikola. Staying in a tiny municipal albergue with basically the same group of pilgrims as last night. No shops or restaurant are available so we all pooled our rations for "dinner". I contributed cheese and sausage which tasted great with German black bread!