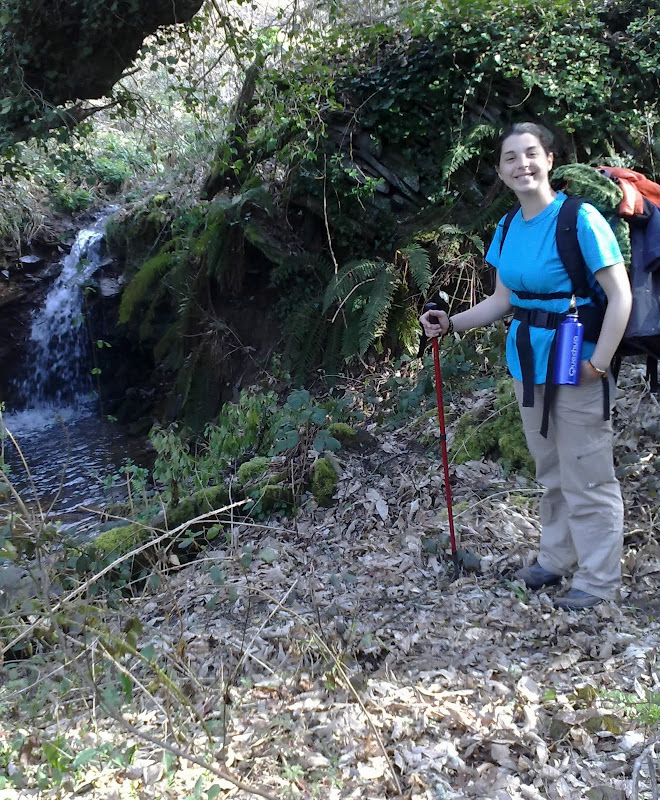 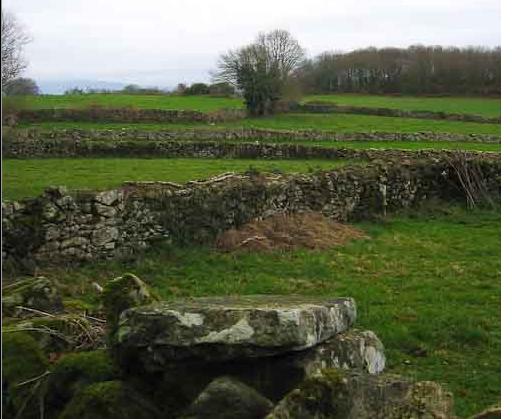 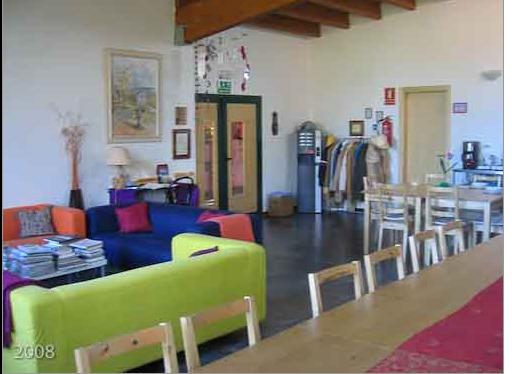 
The landscape had changed; lush green fields were divided by low stonewalls. Green hellebores bloomed along the route. Spring was really here!

After walking 17 k in the fog and rain I stopped in a private albergue in the center of Sarria. An historic townhouse it had been successfully renovated into well-appointed common spaces and dorms; the interior walls were attractively painted and the furnishings brand new. The welcoming hospitaleros cooked a delicious hot meal. I was very comfortable! Late in the afternoon an Australian couple arrived. She worked for an NGO in Indonesia and he was a free-lance photographer just back from Afghanistan. What fascinating adventures they had had!


Heavy rain as I walked 12k into Sarria. Arrived soaked at the handsome private albergue, O Durminento, where I also stayed last year. No other pilgrims seem to be here. The kind house-father cooked me a good late lunch. Washed all my clothes, took a hot shower and then had a long siesta in the heated dorm. True bliss, especially after last night!


We walked about 15 km today across rolling verdant countryside. Easy ups and downs but Polo's knees gave out.

Here we are in a wonderful, new private albergue at 10 euros per bed just east of Sarria. It is truly a find and was not opened when I last walked past. The name is PALOMA Y LENA; their website WWW.PALOMAYLENA.COM. We are the only pilgrims. The owners who speak many languages are rightly proud of this place. Each dorm of 4 beds has its own bathroom. The common spaces are very handsome and all is well fitted out with Ikea furniture.

In their scrapbook of the construction there is even a page showing the opening of the multitude of Ikea boxes. The scrapbook itself is composed of individual photos printed together to form large page size prints. A large open porch screens the front of the one storey building and would provide welcome summer shade. At the moment I hope that the heat works during the night. Within a week we should be in Santiago if all goes ok.

We passed through Samos and saw the exterior of the imposing Benedictine abbey. After peeking inside the albergue, which I remember as being frigid a few Caminos ago, we didn't stay.

In Sarria the municipal albergue has recently been renovated and looked great with stone interior walls and slate floors. However, it was far too crowded for comfort. We are further up the historic hill in a private albergue, O Durnimento where I ave stayed before. Very clean and very comfortable with fresh duvets on the beds, it is almost empty.


I left Triacastela quite late after wondering if more rest was needed; I felt exhausted at 9am! The morning was cloudy and damp, but much less cold. The Camino now crossed wooded hills and dales which in turn were crossed by low stone walls, ivy, green fields and many types of fern, reappeared. At times walking down rocky spots covered with wet leaves was extremely slippery, but I did 19 km to Sarria.

At the very comfortable private albergue, Durminento, as I opened the door the hospitalero/owner happily remembered me and quickly prepared a welcome hot lunch. I was alone in one of many small dorms. Each bunk had a clean, crisp duvet; my siesta lasted until dawn!