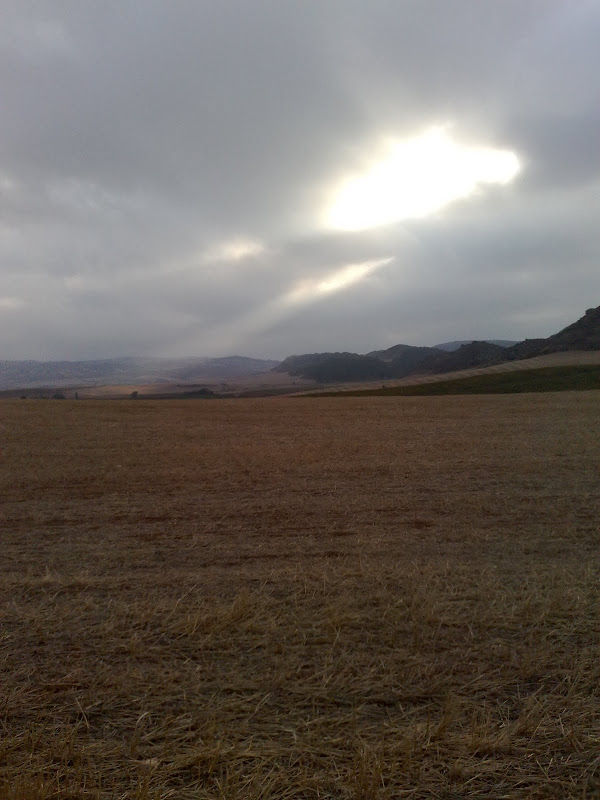 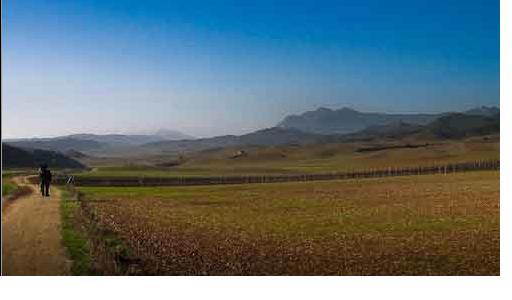 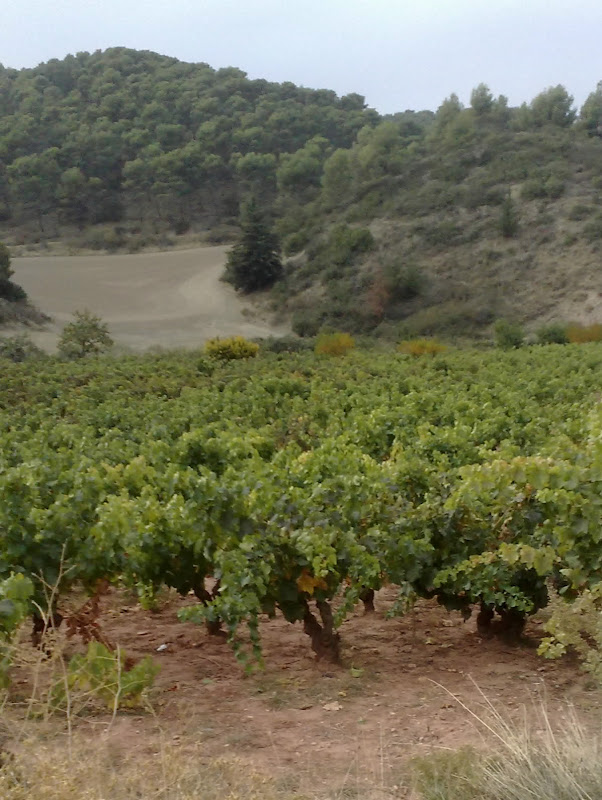 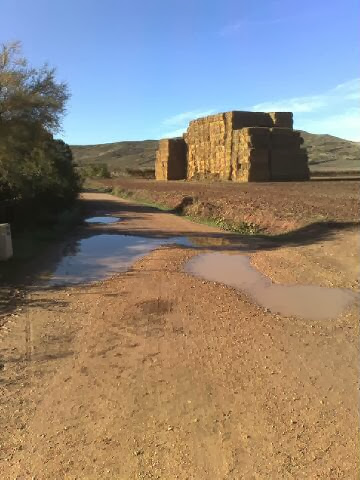 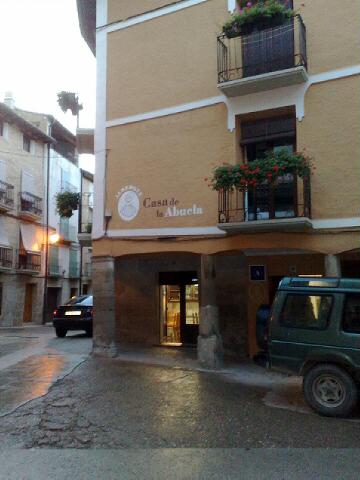 
Sad at moving on I slowly walked 12 k to Los Arcos across seemingly endless fields. The albergue, which was run by Belgians, seemed over crowded with noisy kids. However, it was nice to meet again the Venezuelans from the previous night. We three lamented the drastic change of mood. Surprisingly a masseuse was available so I had my legs rubbed and was told to drink more water and to relax.


Another exhausting trek in brilliant sunshine to Los Arcos. I could hardly move when I arrived at the comfortable private albergue, Casa de Austria. I feel better now after hot tea and homemade muffins! Niki and I visited the wine bodega and the handsome monastery at Irache early this morning. After passing the closed municipal albergue in Villamayor de Monjardin where I happily stayed before, we walked a further 12 k across endless fields to here. 21 k total.


Yesterday was a beautiful 22k from Estella to Los Arcos. Giant cliffs and eventually mountains on the north under a cobalt sky and a golden light. Very beautiful.

Unfortunately the albergue that I expected to stay in was closed and the only place open was a true dump. Got very depressed but was better after a hot shower and a good meal in a truck stop.


It was an easy walk of 12k to Los Arcos. The weather and path were perfect; clear azure sky, bright sunshine (in fact I got quite rosey) and a wide, dry path with no mud. The type of day one dreams about. Mid route two pilgrims came up. One had been walking since Aix-le-Chapelle in Germany where Charlemagne was crowned. They said 'hello/goodbye' and sped on walking with the wind.

Here in Los Arcos although there are 3 albergues only 1 was open. Since I had unhappily stayed there last year I did not return. (I do NOT recomend the private albergue near the municipal one!) Now I am in a cozy room in the pension Mavi. The heat is great and the food very good.


Today it was cold, but beautiful walking through more vineyards and almond trees to Los Arcos. Here I am staying in a new private albergue. Imagine my surprise when into the dorm walked a Quebeçoise pilgrim who I had met on my first Camino in 2004! Then she worked with the Inuit; now she is off to work in a Borneo orphanage. What a small serendipitous world!


Hiking towards Los Arcos the glorious autumn Sunday was cool, clear and crisp; it was perfect for following the camino path across endless fields of recently harvested grapes. What joy it was to feel strong and to stride easily compared with my shaky exhaustion just one week ago. With birdsong and the continual crunch of my boots the only sounds the early solitude was a delight.

Slowly from the distant horizon appeared a figure walking towards me; tall, tanned, wearing a beret and bearing packs on both his chest and back he strode smoothly along. When I said "Hola" he graciously greeted me in several languages and explained that early in summer he had walked from his home in Germany down to Saint Jean Pied de Port and on to Santiago. Now he was walking back towards southern France, Italy and eventually Rome. What an itinerary! What determination!

After a short pause sitting on a rock while sharing a few cookies as well as several camino confidences we shook hands and sincerely wished each other Ultreia and Adieu. Each of us moved towards our different horizons but strangers no more.