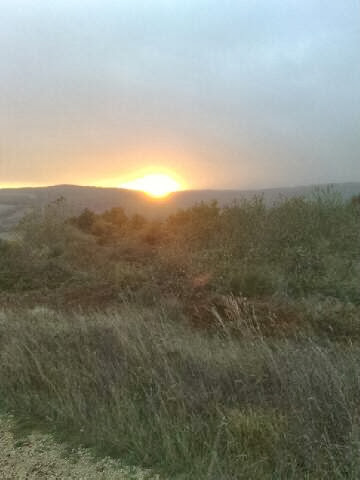 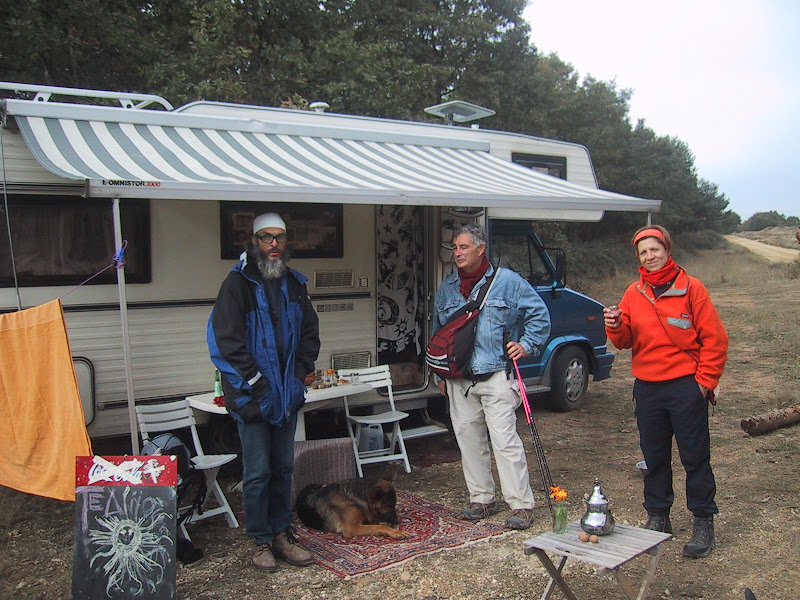 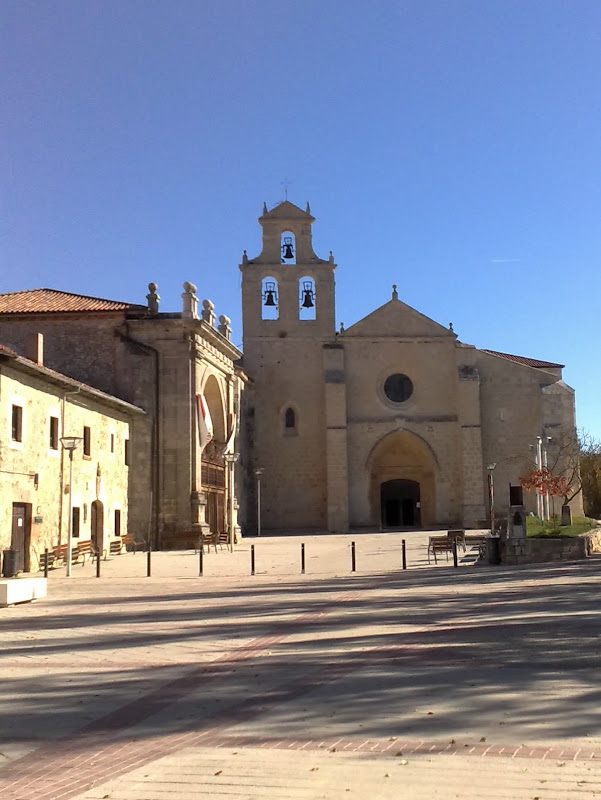 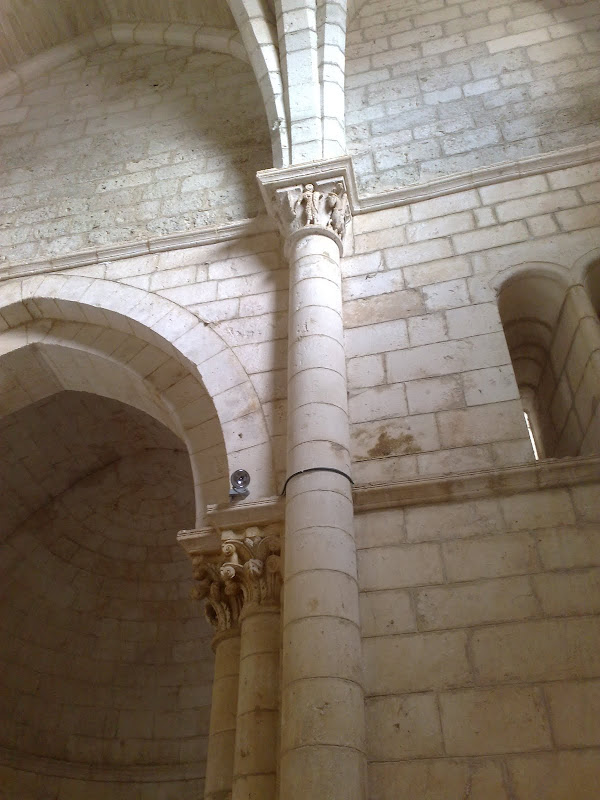 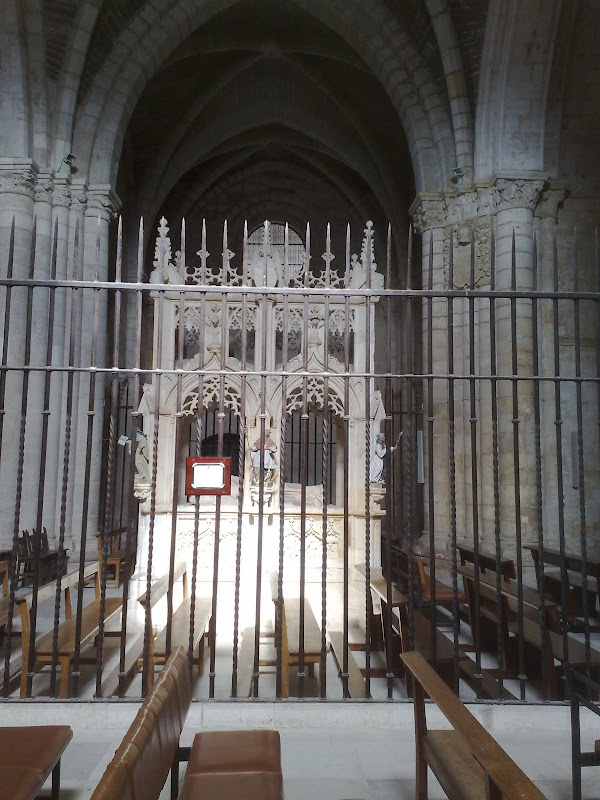 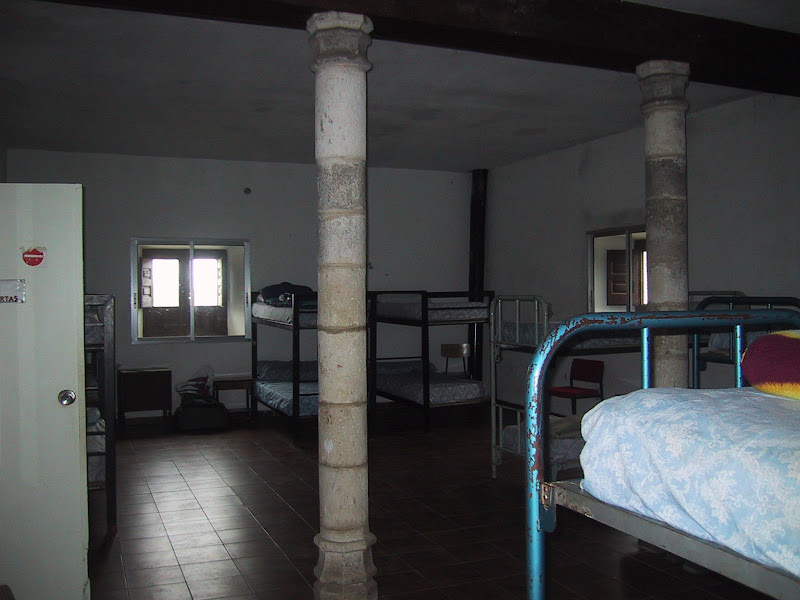 
Next came the dense forest of Montes de Oca. During the medieval past this was infamous for bandits who robbed and murdered pilgrims. A more recent monument to ‘los Caidos’ commemorates those who were executed in this bleak place during the Spanish Civil War.

Nearby where a dirt road crossed the Camino a small white van was parked; a few folding chairs and a small table with wild flowers in a tiny vase placed outside. A tall, slim young bearded man wearing a blue track suit asked in English “would you like to rest and have a tea?” Slightly dubious, but glad to sit, I did. We introduced ourselves and talked about the weather, the Camino, and, more philosophically, purpose in life. His was helping pilgrims. “Are you and your tea always accepted?” “Generally”, he answered, “but the French rarely stop!” Right on cue a French couple came into our view. When he offered I commented “c’est très bon!” They stopped.

After a laugh and another cup of tea I continued to the monastery of San Juan de Ortega. Ortega refers to nettles. This St John was a helper of St Dominic and like him built hospices and roads for pilgrims. Within the handsome Romanesque church is his sumptuous freestanding Gothic mausoleum. The saint is depicted recumbent beneath an ornate baldachino or canopy. Evening mass was beautiful; large bunches of fresh greens and shells decorated the main altar and side aisles. At the close of service the elderly priest invited all into the adjacent refectory where cups of tasty garlic soup were served.

Pilgrim lodgings were in the monastery and austere. Very cold I skipped a shower and snuggled deep into the sleeping bag while recalling the day’s kindnesses.