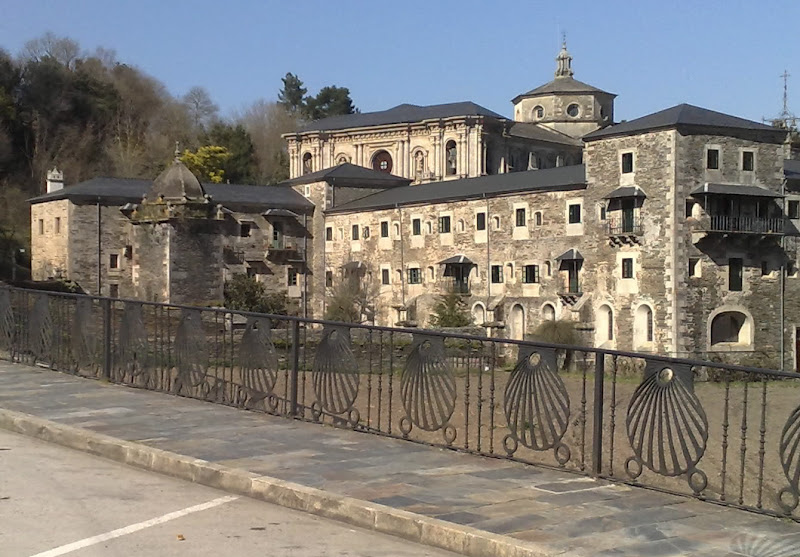 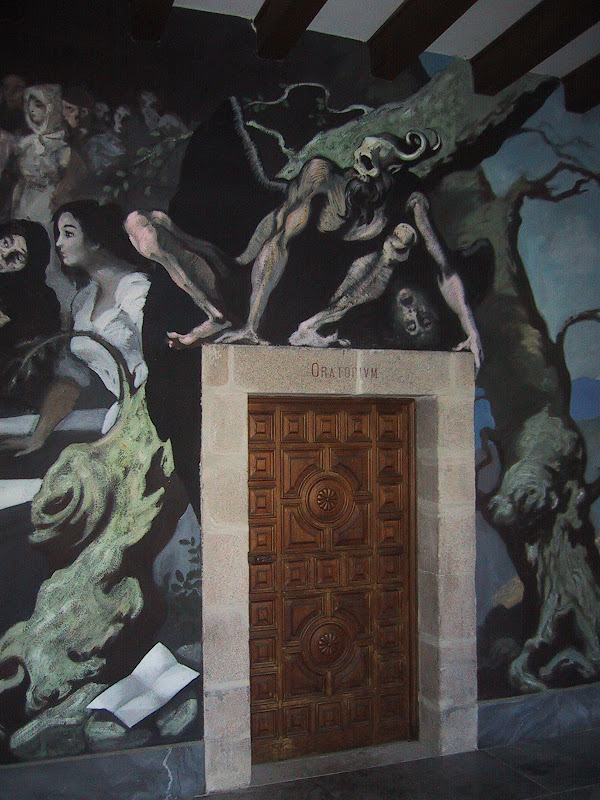 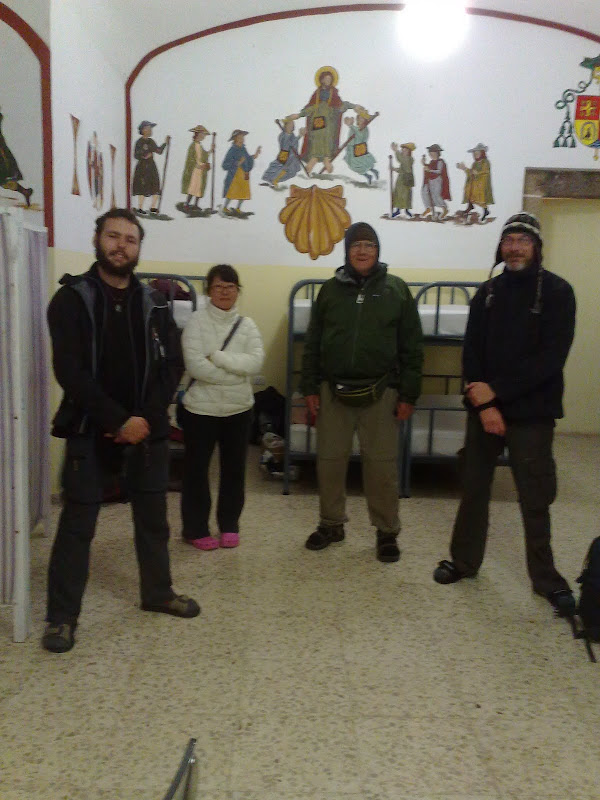 
Feeling much more energetic I hiked down the trail through the woods and along a stream to the giant monastery of Samos. En route the frame of my glasses broke, but was patchable with a band-aid! Parts of the Benedictine monastery complex are as early as the 9th century, but the majority was built in the 16th and 17th centuries. Much, however, had to be rebuilt after a fire in 1951. Still in use only sections can be visited. The new murals along the interior corridors were most impressive, combining biblical and historical figures in a Social Realist style. After finding a room I went to eat. The empty dining room was suddenly mobbed when the time was right. The copious pilgrim menu was truly delicious. I felt better!


Mist and pale sun on the path this morning. Did an easy 9k to Samos. Ate a delicious lunch at the restaurant A Veiga on the western edge of town where I ate before. Now I am in the monastery albergue. Attended evening vespers. All the Benedictine monks wore black habits. Other full size images of monks were painted on the walls. In the dim light the atmosphere was surreal! There is no heat; there never has been any since construction in the 16th century! Angels are painted above on the dorm's vaulted ceiling. Since I am truly shivering with cold, their wings appear to be quivering! Now to try to sleep.