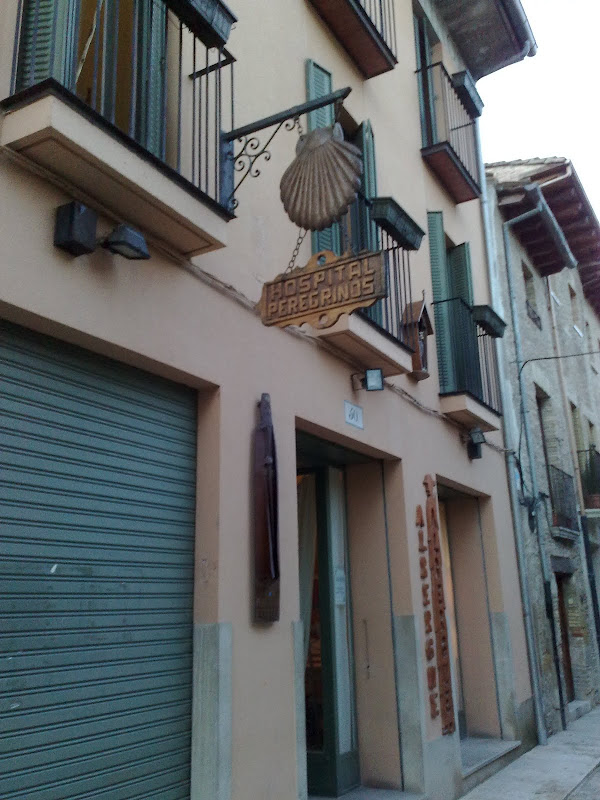 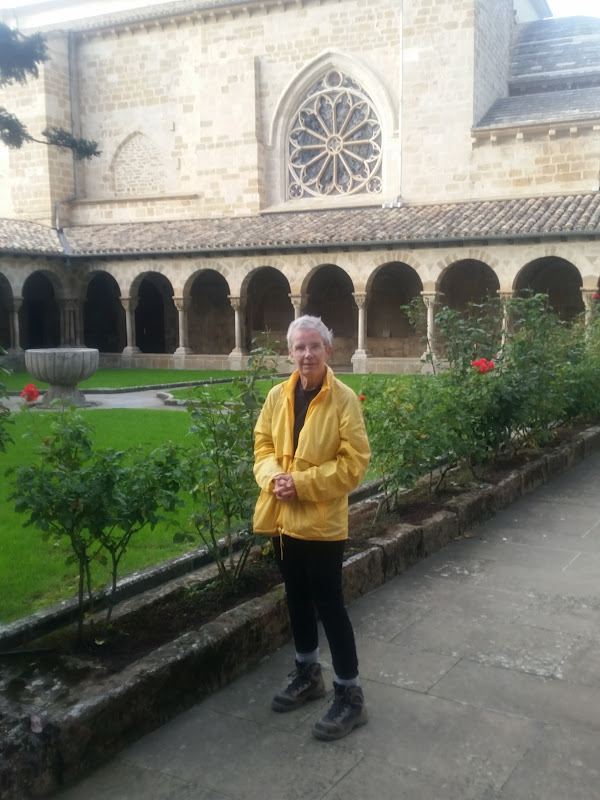 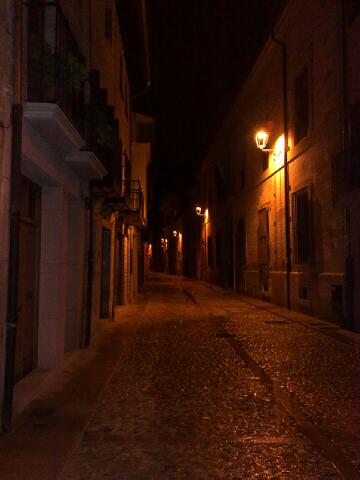 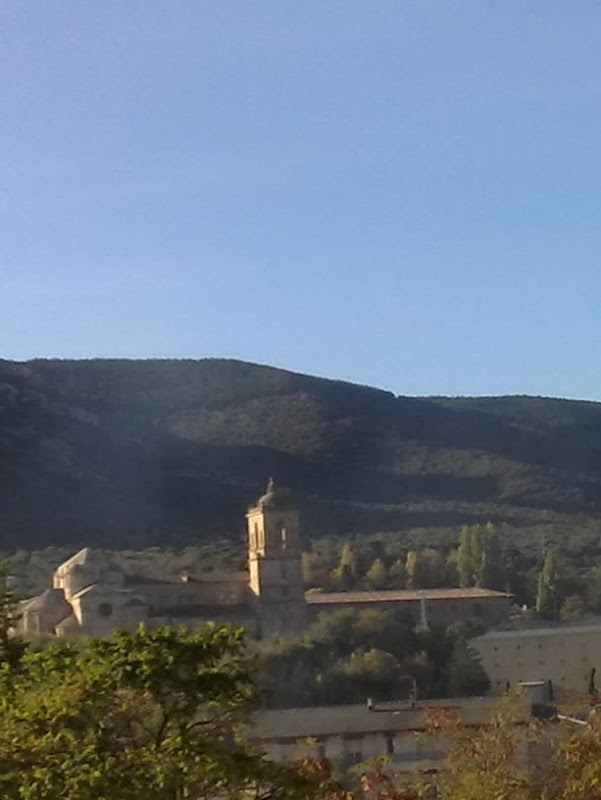 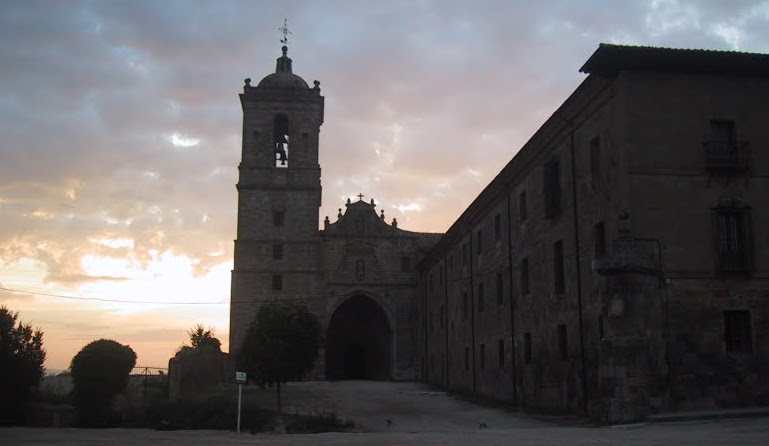 
Today I walked to Estella, a beautiful sandstone town dating from the Middle Ages. Its many churches and small conical hills along the river Ega were reminiscent of Italy. Located on the Camino, which runs straight through the town, the city hall is a rare example of Romanesque civil architecture. Today it houses varied services including tourism.

Since my knees still hurt and it was too early to check into the municipal albergue, I spent much time in the tourist bureau. The extremely helpful guy who staffed it spoke several languages. He, too, had lived in Manhattan for a while and we compared memories of favorite haunts. The nearby café he suggested for breakfast might have been in Soho! It was so pleasant that I returned for lunch in the patio with other pilgrims. In the afternoon I slowly sight saw while trying to ease my aching knees.


The bucolic route to Estella followed in part an ancient paved Roman path flanked with tall pencil-thin cypresses. Who had laid these antique stones and planted these age-old trees? Pondering the ghosts of history in 20 k I arrived at the crowded municipal albergue where a large wooden scallop shell marked the entrance. After sightseeing a bit and resting a lot I ate an early dinner in a good local café with some other pilgrims.


We are exhausted in Estella. Thank goodness we took it easy yesterday because today was rough! Nikola and I walked 22 k up and down hills throuh rain and sun to get to Estella. On one slope near Eunea the mud was so thick and heavy that we had to pull each other up and along. We really needed all our strength! After a cold picnic facing the multi-lobed door of the Cirauqui church, we continued along an antique Roman route, lined with cypress trees and thankfully dry. We just ate dinner with a fellow pilgrim in a near-by bar. Now my feet hurt and I can hardly wait to sleep.


First thing this morning I had a tasty breakfast at a nice little cafe right on the Camino before the famous bridge. The freshly squeezed orange juice was a real treat. Once across the bridge a man told me that the Camino was far too muddy and suggested that I walk as far as Maneru on the road. He was briskly walking for his health and tried to do 10k every day.

At Maneru I rejoined the Camino and set out across vineyards and lots of mud.Eventually near Cirauqui the path follows antique Roman paving and uses two ancient bridges. By Spanish lunchtime or mid afternoon the three guys from the night before caught up with me. We all arrived at the Estella albergue together covered with mud and are the only pilgrims.


Arrival before noon in Estella this morning was slightly soggy from slogging through drizzle. Since the Municipal Albergue would open at 2pm I continued along the Calle La Rua to the welcoming (and dry!) Tourist Office and collapsed in a comfy chair. What bliss! After thirty minutes silent rest, the drizzle ceased so I left my pack and set off to re-explore this continually evolving historic artisan area parallel to the camino.

Perched on a nearby limestone cliff is the 13th century church San Pedro de La Rua: today you take a sleek contemporary elevator open 24/7 up to view into the impressive Romanesque cloister! This stylistic mixed urban combo is a great success. Another nearby successful combo is the daily menu/menu de dia offered at the La Aljama bar at 8 Calle La Rua. Three fresh courses with a glass of wine for 11 euros: the trout stuffed with ham was most delicious! Now for a siesta.

Nevertheless perseverance ruled. I met in person some digital friends, talked with many eager pilgrims and re-stayed with gracious hospitaleros from earlier years. Recalling the immense importance of being well hydrated I systematically drank lots of water at the end of each walk and before sleep every night.

Determined to re-get the hang of my pack the way it should be I emptied it, opened all the tabs, re-pulled them very tight and re-packed the layers always pushing down. Eureka! Today walking into Estella the pack felt compact and close with the weight carried by my hips and not hanging from the shoulders.