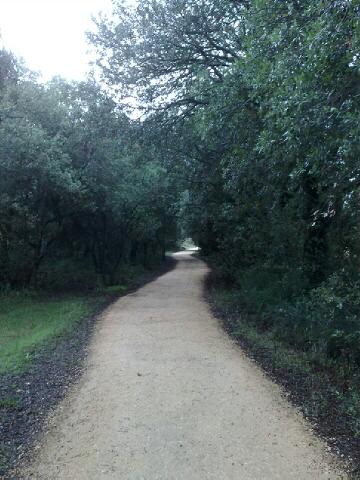 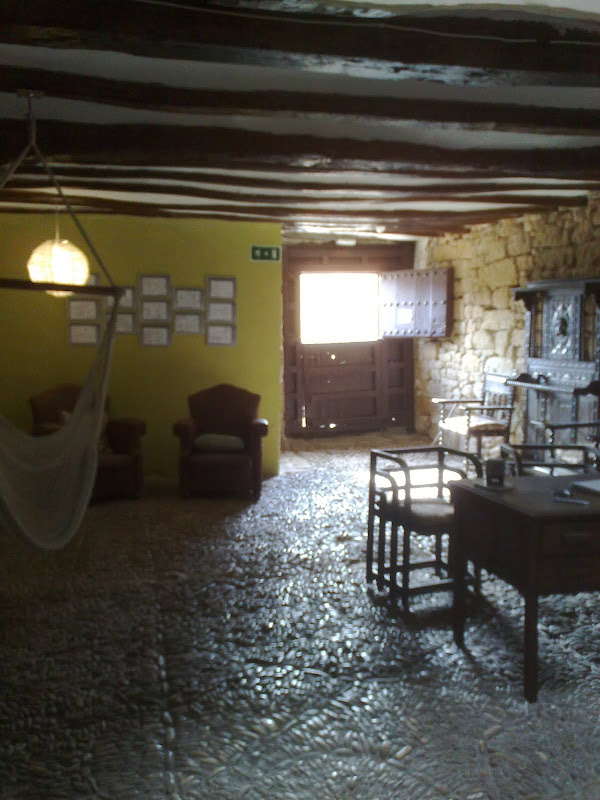 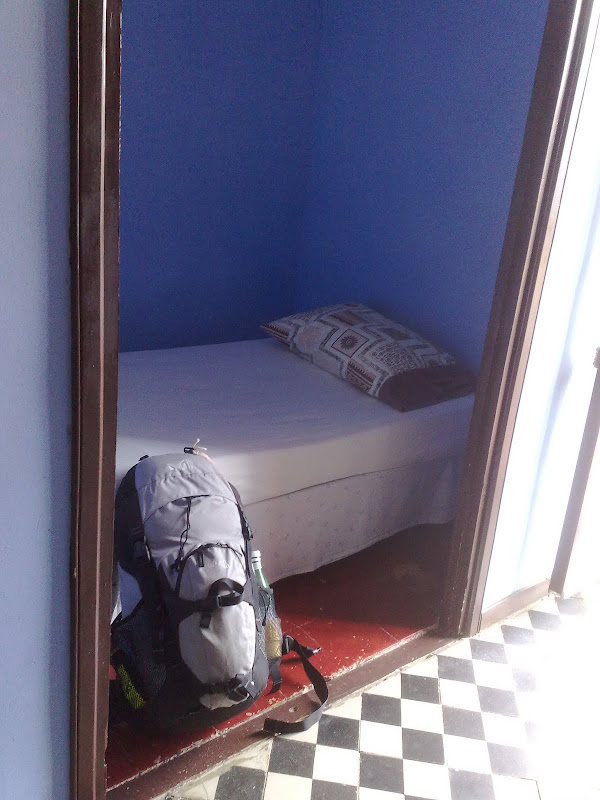 
Today was mostly 17 k of ups and downs through the mud and dirt of road improvements to Villatuerta. Part, however, was lovely following antique Roman paving and across a Roman bridge. Using my stick for balance was vital. This private albergue has only two other pilgrims. Both are middle-aged men; one Spanish, one German. Our common language is pantomime. The paunchy German is on a special diet of milk, protein powder and one daily fruit! Silently I wonder whether he will make it to Santiago. When buying picnic dinner supplies the kindly lady shopkeeper pressed into my hand a present of small candies “for strength on the Camino”.


Today after climbing an ancient Roman bridge and following antique cart routes I am just east of Estella in Villatuerta. This new private albergue is in a three hundred year old house! The on-going adaptation is charming. Family furniture, bits and pieces, plus Ikea basics are well mixed together. One unique feature is a shady loggia strung with colorful hammocks for siestas out of the summer sun! Such a simple practical idea.


At Villatuerta the albergue, a 300 years old farmhouse, has been sensitively renovated by the Spanish-Brazilian hosts. Originally grapes were crushed for the delicious local vino tinto on the rough pebble floor of today's main entrance hall. My sole fellow pilgrim was from Germany. Each of our beds was set within a cozy private alcove on one side of a larger dorm. How nice it was to have a "room" of one's own, even if miniscule, after sleeping in dorms! Best of all the showers were hot, drained appropriately and washed you and not the walls! Bliss.