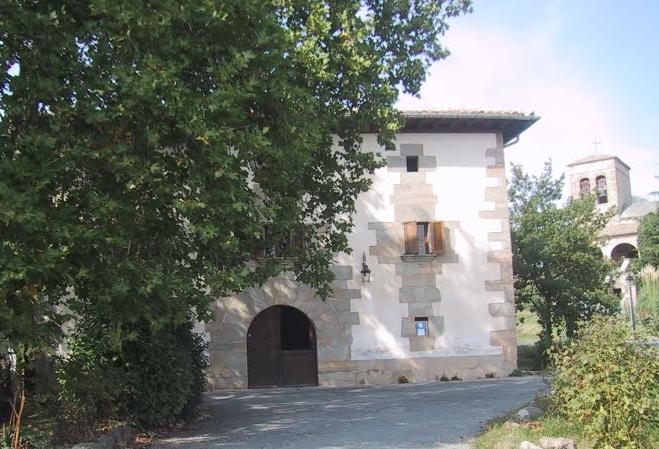 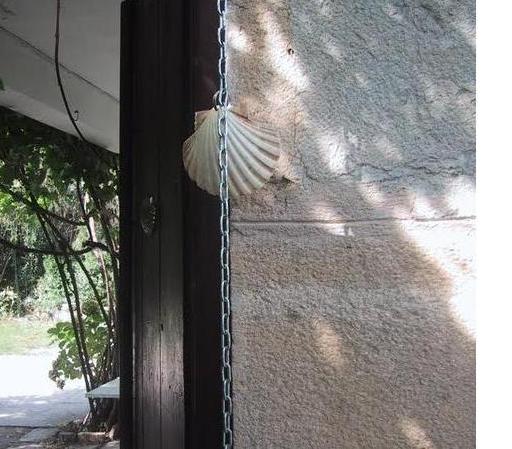 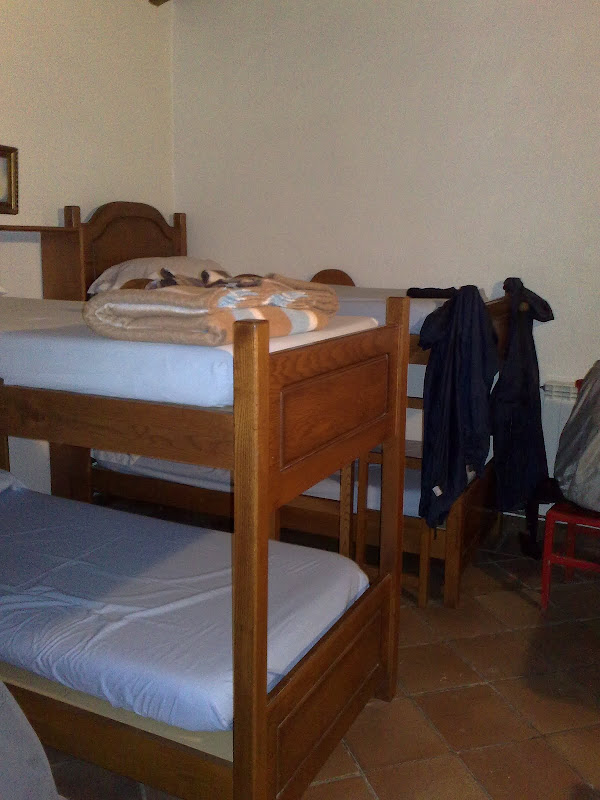 
After entering its fortifications via the Portal de Francia I walked through the city of Pamplona. Like most cities and towns along the trail its urban development is closely associated with the history of the Camino. During the Middle Ages ‘burgos de francos’ or independent neighborhoods had been settled by former pilgrims. The cathedral interior and Gothic cloister are magnificent. Here, as in most major religious buildings in Spain filled with priceless treasures, one pays an entrance fee. Pilgrims showing their Credencial pay less.

The weather turned hot and humid so I stopped at a well-known private refuge owned by the Roncal family in Cizur Menor, a western suburb. At their doorway from a chain hung a welcoming scallop shell.


The trail meandered along the river Arga. At times the weather was actually hot and humid. Since the Trinidad monastery at Arre where I had stayed previously was closed for restoration I continued to Pamplona. Revisiting the handsome cathedral and cloister was an aesthetic pleasure, but crossing the busy city was nerve wracking. It’s difficult to shift mood from pastoral hiking to congested sidewalks especially while wearing a full pack! After 20 k I stopped at the pleasant private albergue in Cizur Menor. By night it was so full that late arrivals were turned away.


Another long, hard slog to the pleasant private Albergue Roncal in Cizur Menor west of Pamplona. At least there was sunshine! Ate two big meals to make up for yesterday. Unfortunately my feet are swollen. Am I trying to go too far too quickly?


Today it was an easy walk on the sidewalks of Pamplona to here, the private Roncal albergue in Cizur Menor. Not too much heat however and a cold shower. Glorious sunshine. At last I feel back on track and my body feels balanced. Frankly the French guy would never be able to manage without me. As I write he is sending a huge pile of unneeded stuff back home.

Tomorrow I plan to cut across the back country to the wonderful circular chapel at Eunate. If my guts hold out I hope to sleep there. However one never knows what may occur. It should be a walk of about 25 k but across relatively flat farmland. I will try to write from Puente la Reina in a few days.


Today was a wet, walk across Pamplona to Cizur Menor. I revisited the magnificent Gothic cathedral where the cloister paving was treacherous from recent downpours. Besides its architectural style much of the art within the complex came from France. As such it exemplifies the close ecclesiastical/political bonds between Navarre and France throughout history.

Leaving the church in pouring rain I met a charming priest. He wore a beret and insisted on holding his huge umbrella over both of us. After wishing me 'buen Camino', he made the sign of the Cross. All this at a busy street corner in pouring rain!

Now I am at the comfortable private albergue run by the Roncal family. There are two Spanish guys also. They seem to have tons of stuff in huge backpacks. We all ate at the nearby El Tremento restaurant. Their Pilgrim Menu was delicious, copious and cheap!


This morning ice covered all of Pamplona. After a brief visit at the cathedral I slipped and slid across the city. Many local people were falling and so did I! While crossing a foot bridge leading west from the city I fell, luckily landed on my pack but slid on the hard ice. After pulling myself up I s-l-o-w-l-y continued to the Roncal albergue. There are a few Spanish men also here; we all ate together at the good Asador restaurant near-by.


Up early this morning to do about 15km crossing Pamplona to Cizur Menor where I am staying, as usual, at the private Roncal albergue. Construction is continuous here so the place is always quasi-chaotic but pleasant.

En route I drank my first glass (first for this camino) of freshly squeezed zumo naranja or orange juice. No champagne has ever tasted better!

Also en route I took a photo of a poster in a realtor's office. I wonder if Hugh Laurie's character House is called Casa in Spain?