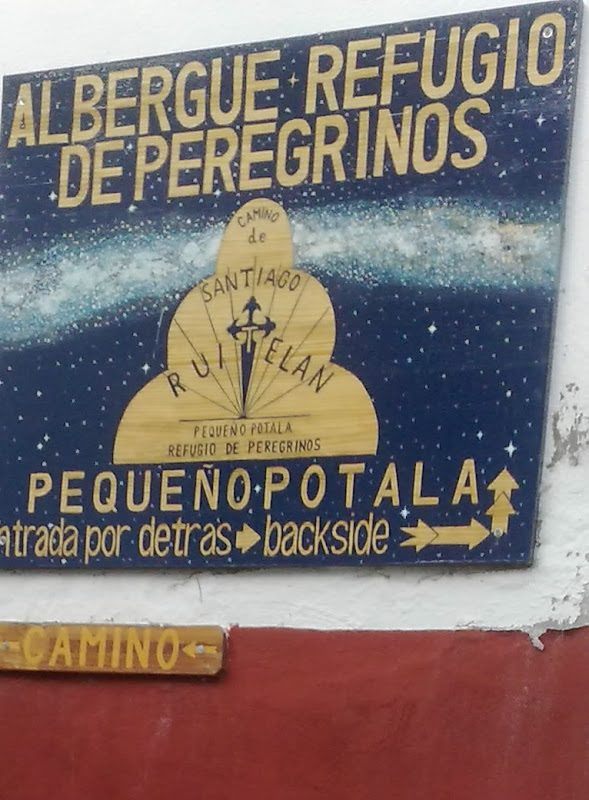 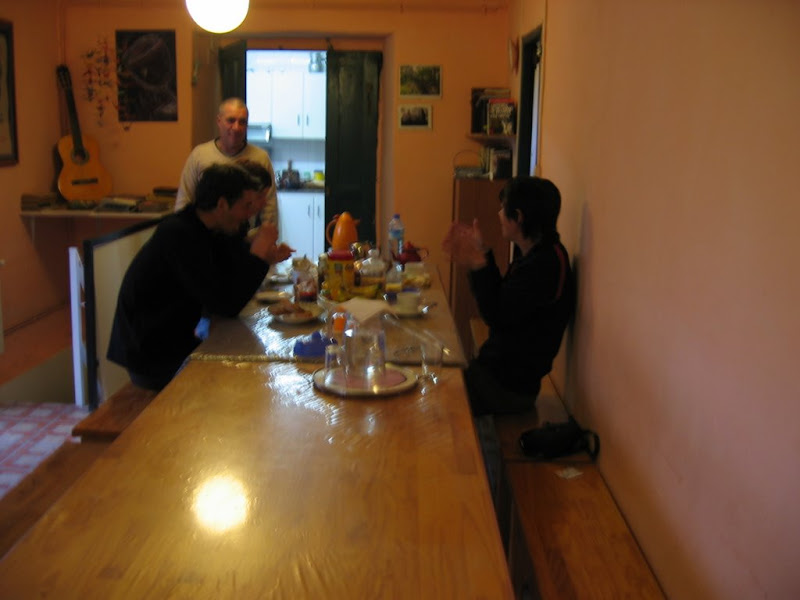 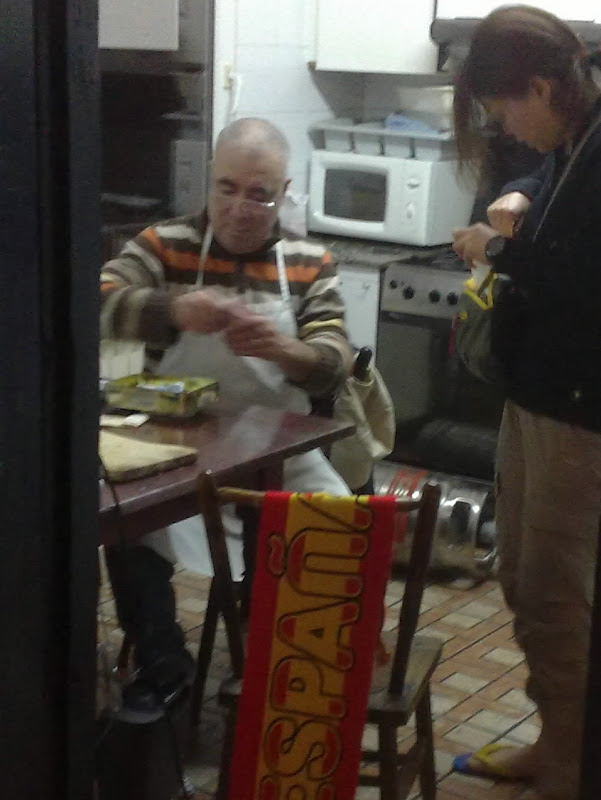 
Through rain and eventual sleet I walked 18 k. Villages were more and more remote as the trail steadily grew steeper. At Ruitelan I stopped at a tiny private albergue. It was Buddhist yet very ecumenical. On the unpainted wooden walls were hung a Christian cross, pictures of the Dalai Lama and a card hand lettered, shalom, the Hebrew word for peace. The hospitalero offered a welcoming cup of hot tea. I was the only pilgrim. My solitary dinner, served on a scrubbed wooden table, included soup, rice, fried eggs, cheese, bread, wine and fruit. One fat candle lit the room and next to the clean cloth napkin was a long green iris leaf fresh from the garden. It was, indeed, perfect!


It was a long, tiring walk of 20k in hot sunshine to get to Ruitelan. This serene private albergue, Pequeno Portalo, has a Buddhist flavor. There are only 4 others pilgrims. Everything is very clean and Internet is available. By candlelight we shared a delicious copious dinner cooked by the helpful hospitalero. I ate a lot to have energy for the big climb tomorrow. Am slightly nervous.


Today Polo and I have done another 17 km slowly climbing up the mountain valley towards O Cebreiro where we should be tomorrow. Tonight we are the only pilgrims in the Buddhist albergue in Ruitelan. I am looking forward to dinner cooked by the hospitalero and bed. Tomorrow will be long and difficult.


Today was another beautiful one hiking in bright sunshine up the Valcarce River valley to this tiny village, Ruitelan. After last night's crowded conditions such a small albergue is a haven of cleanliness and peace.

Called Pequeno Potala it is run by two gracious Spanish Buddhist men. A small bell tinkles when you enter. Soothing music is playing in the background. The food is copious and delicious. Massages are available. Six other pilgrims and I are enjoying this special spot.

Some are repacking in order to be ready early tomorrow. Always curious how others do it, I'm a 'bag lady'. Separate categories of my kit, ie. clothes, toiletries, sandals and sleeping bag travel in sturdy plastic bags within the backpack. Thus all is relatively waterproof as well as easier to locate than if 'lost' within the pack. For pure aesthetic pleasure the opaque plastic bags are colored burgundy red. They are simple book bags from Gagliani, the oldest international bookstore in Paris. Surely they would be surprised with their bags reuse as a matched set of Camino luggage!


Today the path followed the white water of the Valcarce River deeper and deeper into the mountains. At Ruitelan I am staying at the Buddhist Pequento Portala albergue, one of my favorite Camino spots. Small, soothing and simple it is a very special place. Their dinners are always copious and delicious and served with true caritas.


Even today miracles can still occur on the Camino; it all depends on one's viewpoint. Tuesday while walking along the Valcarce River towards Ruitelan a car tooted; the driver was Carlos, the hospitalero who runs the delightful Pequeno Potala refuge. Margaret! he said with a big smile I heard that you were coming back. What a happy welcome!

Each time that I have stayed at this Buddhist place has been a true pleasure. Carlos is an outstanding host and chef who puts pilgrims at ease creating a special peaceful ambiance while he serves a copious dinner. We were eighteen unexpected drop-in guests at table yet the ambiance was most serene. He answered questions, offered advice and quieted jitters while simultaneously from a few jars, bottles, cans and boxes created a modern day miracle of the "loaves and the fishes" to feed us all.